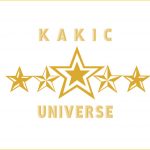 Battle Zimbabwe Premiere at Unveiling of the Stars

On The 21st of July 2018, Young, talented and special individuals were selected and invited to come showcase their craft at Le Toast’s Unveiling of the stars Masquerade ball, and we were apart of those people selected to showcase our art!

At the time we had been working on a show called Battle Zimbabwe and saw it fit to premiere the trailer at this Prestigious Event.

KAKIC UNIVERSE, was allocated 10 mins on the program to make our presentation, and we made the most of it.

Beginning the show with one of our Favorite, Bouquet, we captured the audience with the powerful message of the video, as soon as the video ended, the lights were dimmed and we put on a show (Watch Bouquet here)

Below is the footage of our Performance and you can watch it for free!

After all that, it was then time to air Battle Zimbabwe, Which Was Received well,

The feedback from the audience was overwhelming and people are looking forward to seeing the full product when it is aired.

After the stunning presentation, Kuda was then asked by the presenters to share with the audience why they had made such a project:

Kuda explained that the Project was meant to enlighten the people of Zimbabwe and inspire them to think for themselves and not just go through the motions and mob psychology that seems to rule currently.

Special Thanks to the following:

Le Toast for Inviting us to the function

Tinotenda Mawunganidze for creating the music for the Intro

And the following for attending in Support; Mr Mhande The Maxwell family

The trailer will be officially published for public consumption sometime in the future!

Below are pictures of the team After The Function

Kuda Poses for a photo with Tatenda and Kudzi, the Le Toast executive

The Team Poses for a photo after the function!

The team poses for a photo after the function

The team poses for a photo after the function

Kuda Poses for a picture with his Mother and Sister, Lisa

Kuda and Kudzi pose for one more photo